It’s all about the talk! 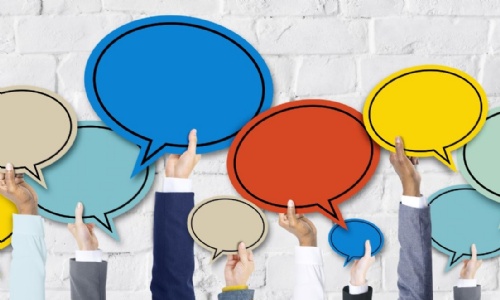 If you were a fly on the wall in an Early Years setting I have no doubt you would see children talking. Talking to friends. Talking to adults. Simply talking!

However, how often do you reflect on the quality of the talk? How many interactions are actual conversations rather than functional and instructional?

“Communication and language development needs to be a priority in early education as it provides the foundation of thinking and learning.” (Education Endowment Foundation, 2018)

Recommendation one of the EEF Preparing for Literacy Guidance Report : Seven recommendations to support improving early language and literacy (link to report here) points to the significant contribution high quality interactions have on children’s communication and language skills. Click here for the poster which summarises all seven recommendations.

The ‘30 Million Word Gap by Age 3’ (Hart and Risley, 2003) is a well-known piece of research which found that children with lower socio–economic backgrounds will have heard 30 million fewer words than their counterparts.

However, until recently there was little to no information on the underlying mechanism of what the word gap meant regarding brain differences and cognitive skills.

New research by John Gabrieli (2018), a professor of brain and cognitive science, suggests that high quality conversations where the participants take turns to talk are more important to development than the number of words heard. Click here to view his video.

“Cognitive scientists have now found that back-and-forth conversation between a child and an adult is more critical to language development than the word gap. In a study of (36) kids aged four to six, differences in the number of ‘conversational turns’ accounted for a large portion of the differences in brain physiology and language skills, regardless of parental income or education.” (Ann Trafton: The Power of Talking with Children, April 2018)

What are high quality conversations?

Recommendation one of the EEF Guidance Report describes high quality conversations as when adults talk with the children rather than just to children. Talking to children tends to be more passive, whilst talking with children is based on their immediate experiences and activities and is likely to be more effective.

A number of frameworks exist which can support such interactions, including sustained shared thinking and guided interactions, as exemplified in the table below (EEF 2018).

Conversations also allow for intentional and deliberate use of vocabulary. Adults can connect new words to meaningful contexts in the children’s daily lives and use de-contextualised talk to broaden a child’s understanding of word meaning. For example, the children in my class learnt the word ‘perched’ in the context of a story about owls perching on a branch. During learning time I was able to reinforce the word in different contexts, most notably discussing the dangers of perching on the edge of a chair!

How can we ensure these quality conversations are happening daily?

Historically, in many EYFS settings, practitioners have felt compelled to document children’s learning to such an extent that, some may argue, opportunities to interact may have been diminished. The revised EYFS framework clearly states that, “Assessment should not entail prolonged breaks from interaction with children, nor require excessive paperwork.”

This should be liberating for EYFS practitioners! Rather than following children around with a tablet computer, ready to pounce and capture ‘evidence’ of every little aspect of learning, we have an opportunity to really spend time interacting with children, following their interests, extending their language and in turn, supporting their well-being.

Traditionally practitioners have identified focus children for observations. Maybe instead, children should be the focus for quality verbal interactions!

In addition, we can exploit opportunities throughout the day e.g. have a conversation during snack time and plan opportunities into classroom routines e.g. talk time, reflection time.

The impact of these conversations on children’s communication skills will last a lifetime.

Manor Park Talks  (Based on Every Child a Talker, a course of training for early years staff which helps them to identify and support children with early language development, evaluated by the EEF)

Find out more about Caroline here.

To read our other ELE blog posts, click here.