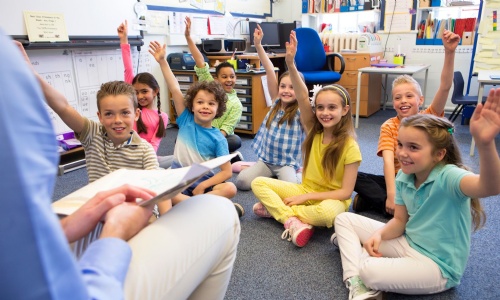 “Upon returning to the classroom after partial school closures, staff reported that a significant proportion of children were demonstrating noticeably poorer interpersonal skills than they had prior to partial school closures. Specifically, children were increasingly struggling to take turns talking, engage meaningfully with talk partners and respectfully listen to their peers. We were keen to address this head on in order to re-establish the safe, calm learning environments teachers had worked to create with their pupils previously.

To do so, we looked to the EEF Social and Emotional Learning in Primary Schools guidance report, and decided to focus our efforts around Recommendation 1 which asks us to consider how we teach SEL skills explicitly. We resolved to plan regular teaching time which would target two of the five CASEL SEL core competencies, social awareness and relationship skills.”

In previous Spotlights, we have focused on various EEF Guidance Reports, and the sometimes overlooked additional resources that accompany them.

The quote above is an extract from one of three case studies that exemplify schools’ use of the EEF Social and Emotional Learning in Primary Schools Guidance Report. There will be many of you who recognise the context of the case study as we move beyond the worst of the pandemic. Missed schooling has impacted not only on our pupils’ academic achievement, but also their social and emotional development. All of which makes this report more relevant than ever.

This case study, written by Billesley Primary School, refers to the first Recommendation from the Report - Teach SEL skills explicitly. As with the majority of Guidance Reports, the Recommendations are also presented as a summary poster, with a range of practical ideas for implementation.

“Model the social and emotional behaviours you want children to adopt.”

“Give specific and focused praise when children display SEL skills.”

“Do not rely on ‘crisis moments’ for teaching skills.”

The case study also makes reference to the following core skills framework which is also to be found within the Guidance Report and linked resource bank: EEF_SEL_Core_Skills.pdf 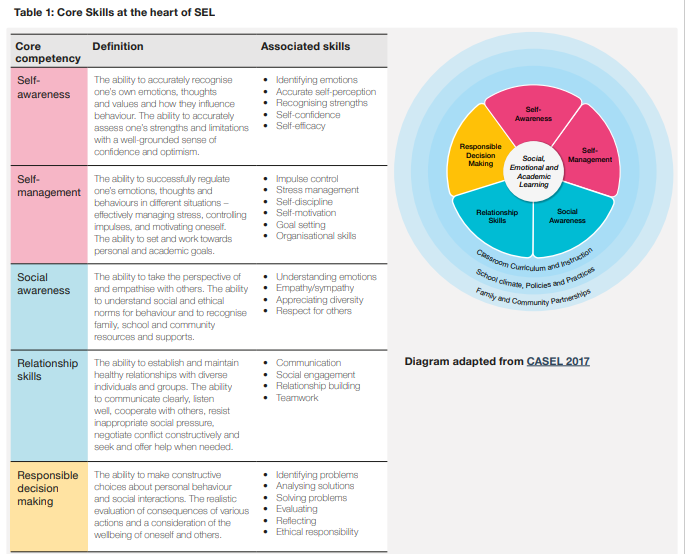 Further support is available in the form of a whole school audit tool, including this section which perhaps links most closely to the implementation of Recommendation 1. 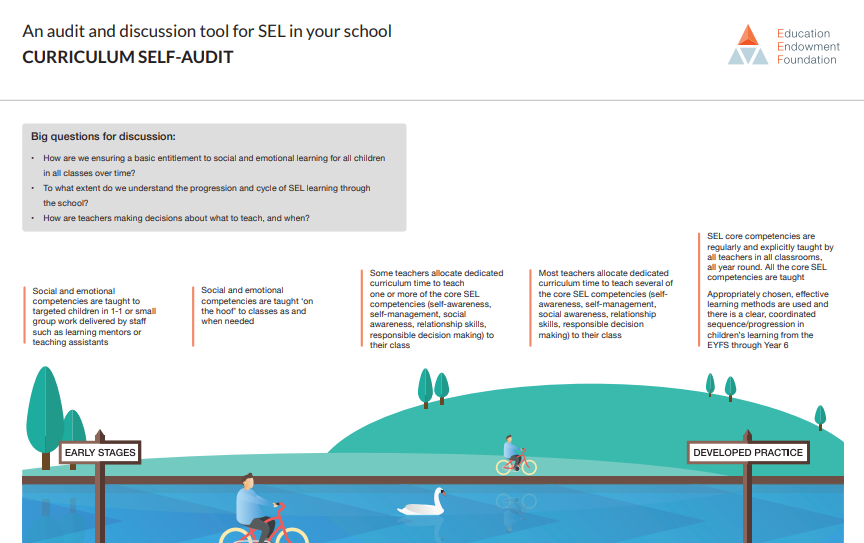 The full audit can be downloaded here: EEF_SEL_Audit_Tool.pdf

There are also two further case studies, one from another primary school and the other from a nursery:

To read our other Spotlight on Evidence posts, click here.